Adele Backstage At The Grammy's: What The Fuck Does Beyonce Have To Do To Win Album of The Year

Deprecated function: The each() function is deprecated. This message will be suppressed on further calls in menu_set_active_trail() (line 2394 of /home/aazah/public_html/includes/menu.inc).
Submitted by Dick Kannon on Mon, 02/13/2017 - 14:20 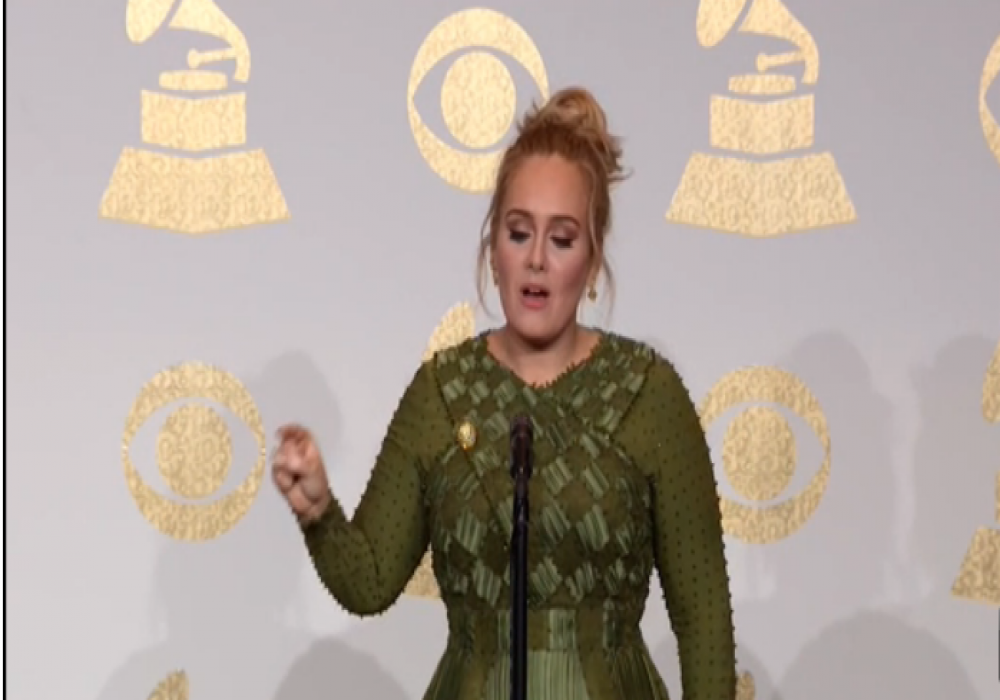 While onstage accepting the award, Adele broke the gramophone speaker off of the trophy. The moment didn’t show up on the Grammys telecast, and it’s unclear whether it was an accident or a purposeful show of solidarity with Bey. It should also be noted that the trophies the winners hold onstage are just props, to be swapped in later for the actual award, so it’s not like Adele destroyed a historical artifact.

In the press area backstage after the show, Adele continued to rave about Beyoncé, calling herself a stan for the “Formation” singer. “Like I said in my speech, my album of the year is Lemonade. So a piece of me did die inside, as a Beyoncé stan — not going to lie,” she said. “I was completely rooting for her, I voted for her. I felt like it was her time to win. What the fuck does she have to do to win album of the year?”