Deprecated function: The each() function is deprecated. This message will be suppressed on further calls in menu_set_active_trail() (line 2394 of /home/aazah/public_html/includes/menu.inc).
Submitted by Dick Kannon on Tue, 12/20/2016 - 14:58 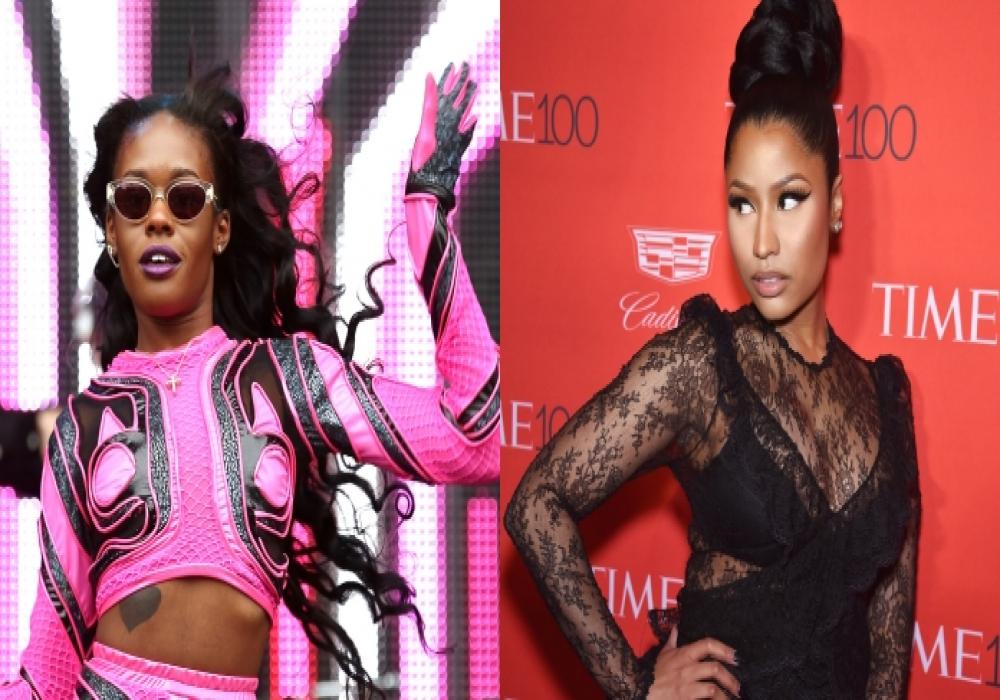 Azealia Banks is not having it with Nicki Minaj today or any other day apparently.

What started as a year filled with controversy and social media shade, will end just that way for Harlem rapper Azealia Banks.

This week, Banks went in attack mode against fellow musician and occasional foe, Nicki Minaj. The rant could have been triggered by what may have been a subliminal shot made at Banks through Nicki’s mobile game, Nicki Minaj: The Empire.

A screen capture shows a character from the game trashing music from a character by the name of Fan2Sea, labeling it “really loud” and “obnoxious.”

In regards to the connection with Banks, she released a project in 2012 titled Fantasea.

With a post shared on Facebook, Banks didn’t hold back in her attack against Minaj. She suggested that the Jamaica, Queens rapper “slim down a bit” and stop calling herself “the queen of rap.”

Banks also revealed that she has an upcoming record with Minaj’s ex, Safaree Samuels.

“Don’t start throwing shade cause you miss safaree and know that I’ve actually made a BANGER with him,” Banks wrote on Facebook. “Don’t get mad, get even. Slim down a bit (especially in your neck and arms). Decrease the butt just a bit (I’ve seen your butt make some really expensive dresses look really cheap) and STOP WEARING SPANDEX AS AN OUTFIT FOR FUCKS SAKE. Also stop calling yourself the queen of rap.” 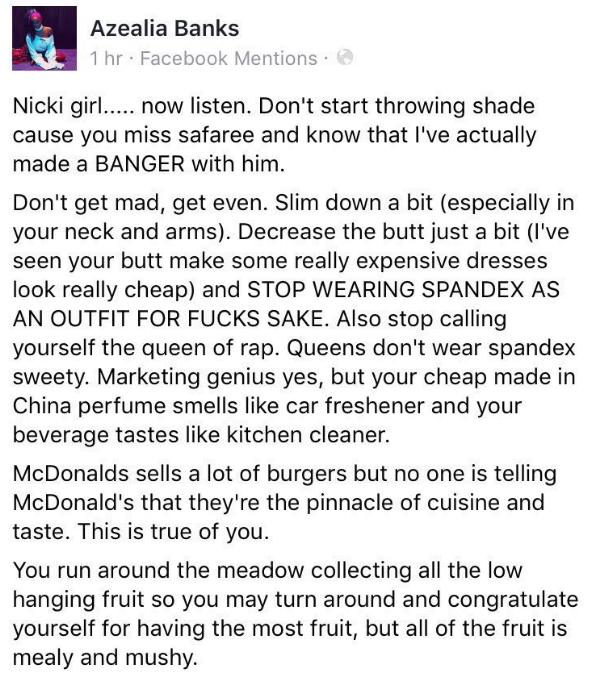 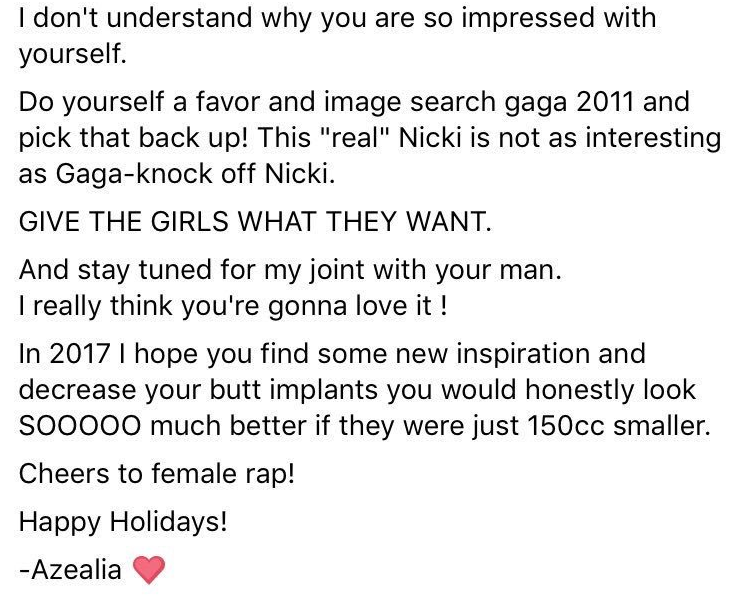 Before ending her tirade with a “Happy Holidays!” Banks questioned why Minaj is so impressed with her career.

Mere hours after posting her verbal attack on Minaj, Banks deleted her Facebook post and informed fans that she’s “not the same person I was two hours ago.” 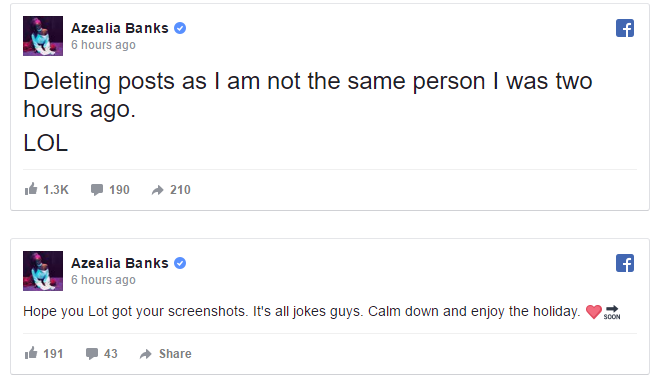 Banks’ latest jabs against Minaj boast similarities to a rant dating back to last year. In her 2015 diatribe, she criticized Minaj over her feud with Miley Cyrus, and also took a shot at her body “enhancements.” She opened 2016 with various antics from claiming support for Donald Trump to dissing Rihanna’s “Work” video before shutting down her Twitter account.