In Case You Missed It: Beyonce's 2017 Grammy Performance

Deprecated function: The each() function is deprecated. This message will be suppressed on further calls in menu_set_active_trail() (line 2394 of /home/aazah/public_html/includes/menu.inc).
Submitted by Dick Kannon on Sun, 02/12/2017 - 22:34 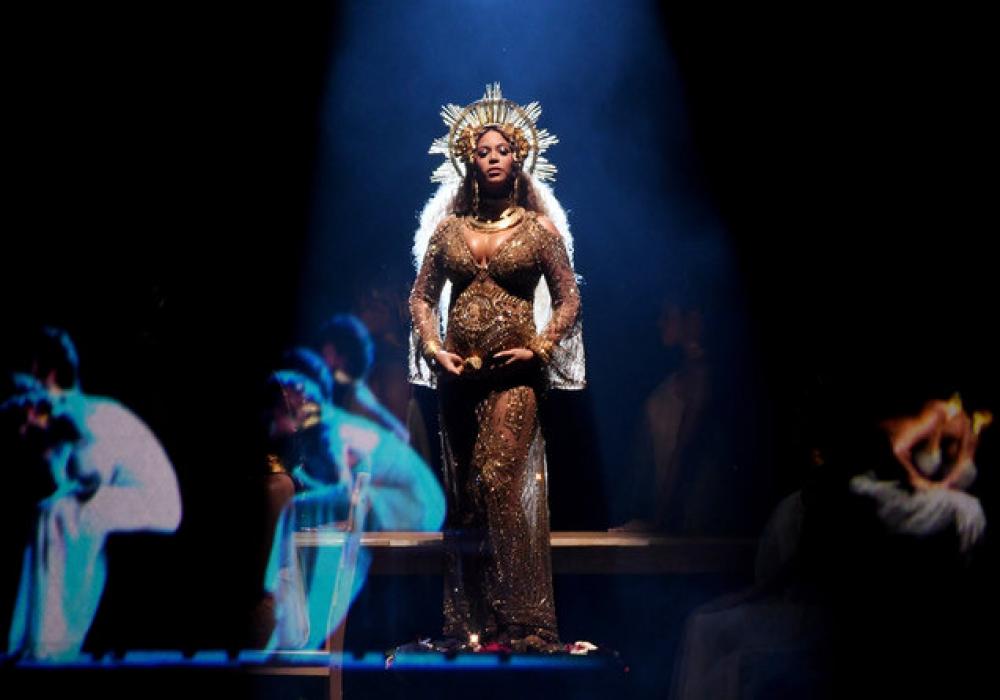 Beyoncé hit the stage at the 2017 Grammys to perform two songs off her 2016 album Lemonade, "Love Drought" and "Sandcastles," in what was her first public appearance since announcing that she was pregnant with twins. And she didn't dance around that fact, either, dedicating her performance to motherhood and showing off her double baby bump proudly.

Introduced by her own mother, Tina Knowles, Queen Bey began her set with a spoken word intro reflective of Lemonade before emerging for the understated "Love Drought" in a dazzling gown and matching headdress. The plaintive, emotional "Sandcastles" followed, with Beyoncé belting out the lyrics while sitting in a chair with her hand over her stomach.

If there was a theme it was rebirth, regeneration and healing, with her pregnancy as the central topic at hand. But the final words that ended the performance -- a voice over of Beyoncé saying, "If we're going to heal, let it be glorious" -- has meaning beyond the literal.