Deprecated function: The each() function is deprecated. This message will be suppressed on further calls in menu_set_active_trail() (line 2394 of /home/aazah/public_html/includes/menu.inc).
Submitted by Dick Kannon on Fri, 09/01/2017 - 22:57 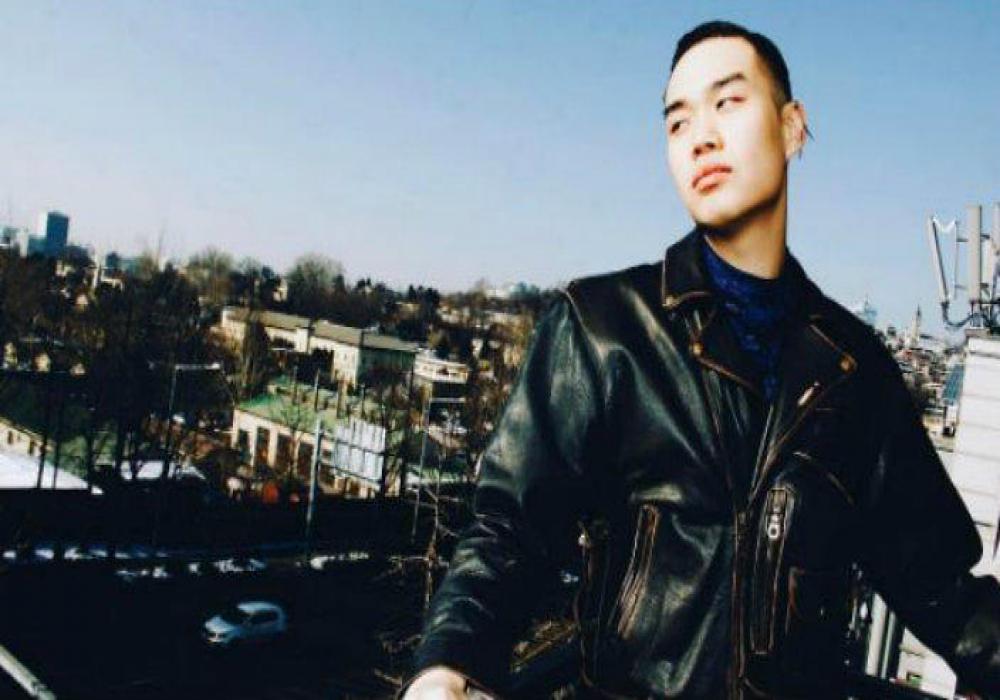 On the surface, MRSHLL’s (born Marshall Bang) life seems to be a collection of contradictory and colliding forces. He is a second-generation Korean-American born into a conservative Christian family. His mother is a minister, and his father is the deacon of a Korean mega church. His whole life was dedicated to the bible, church retreats and assimilating to American culture.

Then he was invited to compete in the South Korean singing competition "Star Audition – The Next Big Thing 3" in 2012. And now he’s getting ready to release his very first eponymous EP in South Korea under a hip-hop label. Oh, and he happens to be gay and completely open about it.

“I’m gay gay gay gay gay, can we please move on now and learn what that means?” says the fierce 31-year-old R&B artist about a conversation he had with his mother, who hasn't talked to him in months after becoming more vocal to the public about his sexuality. “I adore my mother,” says Bang. “She’s an incredible, strong woman but her and my dad don't have the context for what it means to be gay. They come from a community that doesn't talk or want to know about this topic, but I get where they are coming from, and I'm going to continue to have conversations and try to get through.”

Luckily, Bang is 9,647 kilometers away from his hometown of Orange County, California and far from the judgement of his parents. But in South Korea, greater challenges reinforced by the country’s notorious, close-minded stance on homosexuality loom overhead. Conservative groups, evangelicals and politicians ranging from local mayors to newly-elected president Moon Jae-in have been clear about their disapproval.

"I thought about it extensively," says Bang. "I asked all my friends and went over and over again whether I should come out from the get-go, or wait later in my career. I was worried that I might be typecast as the resident gay artist, but at the end I was like, 'I’m gonna do me beau.'"

Authenticity has been the credo that Bang has chosen, which can be seen in his recent performance on rap competition program, "Show Me The Money 6," where he sings in a pair of high heels alongside Korean hip-hop royalty, Drunken Tiger & Bizzy.

Finding acceptance in his label

It’s with the members of his newly-signed label Feel Ghood Music that he’s found acceptance and freedom from scrutiny. “This is the only label that wasn’t afraid to take me on and shape me into something I’m not. They never ask me to gain weight or lose weight or any of that nonsense,” says Bang.

The music label was founded by hip-hop group MFBTY, comprising Tiger JK and Yoon Mi-rae (known as South Korea's Jay Z and Beyoncé of South Korea) along with Bizzy. Feel Ghood Music is known as the “kyopo” (meaning overseas Koreans) label and it was serendipity that brought Bang into the company of the accomplished group.

"I was working in music video production, and I was already starting to know people in the industry. I was invited to this event, and at the after party, a karaoke machine was brought out, and I decided to sing Boyz II Men's 'It's So Hard to Say Goodbye to Yesterday.' Then, Tasha aka Yoon Mi-rae came up to me, complemented my singing, and we just became friends starting from then onward. She has been especially supportive," says Bang.

Yoon, who was born in Texas to a South Korean mother and African-American father, had mentioned before to the media that she had faced discrimination growing up because of her mixed heritage. Her husband, Tiger JK, also a kyopo, grew up in Los Angeles and used his brand of hip-hop to try to heal the divide between the Korean and black community post-LA riots.

It's safe to say that MRSHLL has found a home with a group of people who have a high-level of awareness and empathy of the Korean diaspora.

“Getting the hookup with Korean-Americans was unexpected,” says Bang. “When I was growing up I was having a bit of an identity crisis and tried to expunge my heritage to assimilate because as Asian-Americans, we are always seen as ‘other.’ But after growing out of that phase, Korea is where, for the first time, I honestly felt like I belonged."

This autumn, MRSHLL will release his first EP and he's going to put LGBTIQ issues in the forefront. "My song 'Dopamine' literally has a line saying: ‘This is for my gays,'" says Bang. "It's a song about empowerment for the LGBTIQ community, and it features a narration from the one and only Kim Chi from Season 8 of 'Ru Paul's Drag Race.'”

There are only a handful of out celebrities in South Korea, but Bang is the first musician to go public about it. It's uncertain what the support or backlash will be going forward. It's a worrisome situation given precedents of alleged homophobic bullying that have led to the demise and death of Korean celebrities like Kim Ji-hoo and Jang Chae-won.

“Honestly, I don’t know what’s going to happen,” says Bang. “But at the end of the day, they can't touch what I’m doing, which is music. Praise the lord.”