Deprecated function: The each() function is deprecated. This message will be suppressed on further calls in menu_set_active_trail() (line 2394 of /home/aazah/public_html/includes/menu.inc).
Submitted by Dick Kannon on Mon, 02/13/2017 - 00:26 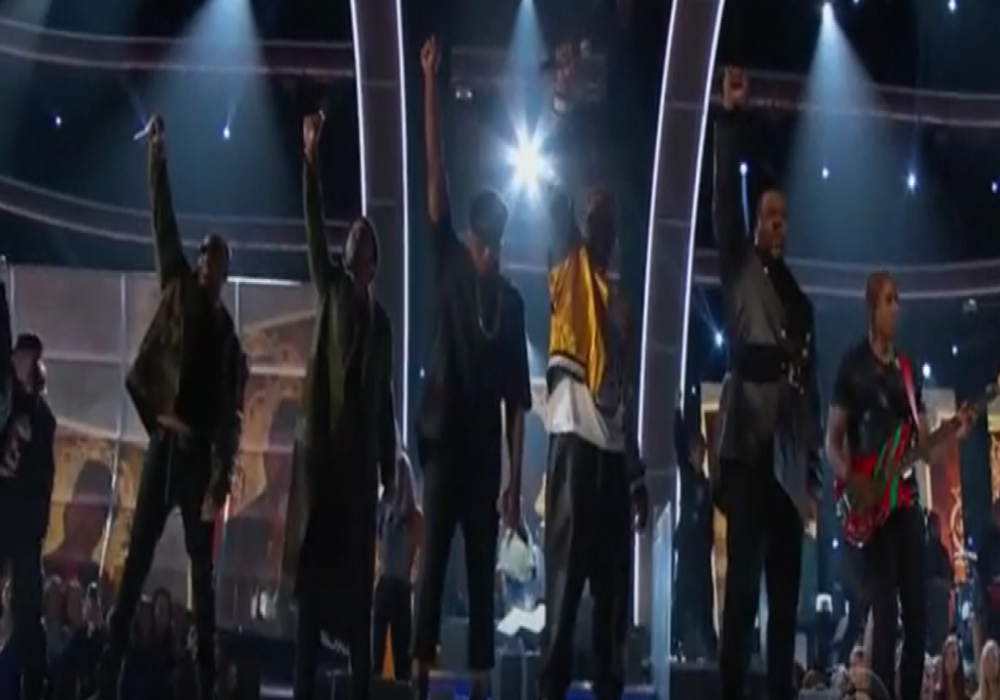 The four-time Grammy nominees A Tribe Called Quest and Anderson .Paak, who was up for two awards of his own, came together to electrify the Grammys with their collaborative performance for “Movin’ Backwards.” Joined by fellow We Got It from Here collaborators Busta Rhymes and Consequence, Tribe and .Paak performed a medley of “Movin’ Backwards” and “We the People” from ATCQ’s new album plus a nice throwback selection in “Award Tour.”

Not only did they nail their songs, the group maximized the moment by sending a message to the nation’s leaders. As they shifted into “We the People,” Rhymes gave a special shoutout to “president Agent Orange” that was lost on absolutely no one. His words were matched by group leader Q-Tip repeatedly chanted “Resist! Resist!” throughout the performance of the album track that illustrates the ills of American society.